Signs Your Pet Has Dental Issues

If your pet is exhibiting any of the above-mentioned signs or symptoms, schedule an appointment with your veterinarian. Next, familiarize yourself with some common dental health issues in dogs and cats below.

Bad breath, also known as halitosis, shouldn’t be ignored. It can be caused by simple plaque and tartar buildup or more complicated conditions like systemic illness (e.g., diabetes). Foul mouth odor is one of the first signs of dental disease in pets and needs to be addressed by a veterinarian, especially if at-home brushing doesn’t make it go away.

Gingivitis, also known as gum disease, is characterized by inflamed and irritated gums. It occurs when bacteria-harboring plaque (also known as tartar) builds up around the tooth and gums (or gingiva) and moves below the gum line, causing further inflammation. Pets with gingivitis will have red, swollen, and bleeding gums. Untreated gingivitis can lead to gum recession and bone loss.

Periodontitis commonly results from uncontrolled gingivitis and leads to irreversible tooth damage below the gums. When damage to the tissue and bone that connects teeth to the gums progresses, it leads to loosening of the teeth and eventual tooth loss.

Smaller dog breeds are especially prone to periodontitis due to tooth overcrowding and may benefit from tooth extractions. Advanced periodontal disease in dogs and cats as a result of bone loss can lead to oronasal fistulas (holes from the mouth to nose), jaw fractures, and abscesses. Radiographs or X-rays are critical for diagnosing the stage of periodontitis (on a scale of 0 to 4, 4 being most severe) for proper treatment.

The number one cause of tooth loss in cats is tooth resorption, said to affect between 30 to 70% of cats. Unfortunately, it is a painful disease that greatly impacts quality of life yet the cause of it is not well understood. Initial symptoms include pinkening of the gums, followed by the appearance of mouth lesions. Tooth resorption can affect one or multiple teeth and results in holes and tooth root exposure.

Feline stomatitis is characterized by gum inflammation and ulceration. It commonly affects certain purebred cats like Himalayans and Persians, although not exclusively. The disease is thought to be caused by immunodeficiencies or a reaction to bacteria and plaque in the mouth, resulting in red, inflamed gums. The recommended treatment for stomatitis typically includes extractions, anti-inflammatories, antibiotics, and pain medication.

Dogs and cats both suffer from tooth fractures, usually from mechanical injury or tooth decay. Cats are particularly prone to fang (canine tooth) fractures, which can be extremely painful due the tooth’s extensive tissue and unique anatomy. Dogs typically fracture teeth as a result of their affinity for chewing hard objects, like bones, ice cubes, rocks, sticks, and more. Untreated tooth fractures can cause serious infection, so extraction or a root canal is generally recommended.

Misalignments occur when teeth don’t align properly to allow for correct chewing mechanics (also known as malocclusion), for example, when one jaw develops faster than the other — resulting in an overbite or underbite. Misalignments can also be caused by unerupted teeth, which are more common in small dog breeds or brachycephalic breeds (those with shortened muzzles). Tooth extractions are often recommended to help correct the issue.

Retained teeth (unerupted teeth, mentioned above) are deciduous teeth (baby teeth) that did not fall out by six months of age, resulting in overcrowding in the mouth. Overcrowding increases the chances of plaque and tartar buildup and expedites the risk of tooth decay, furthering the need for extractions.

In addition to the common dental health issues mentioned above, dogs and cats can also present with oral tumors, acute jaw problems (such as fractures or breaks) from traumatic injury, and cleft-palate issues, though less common. If you think your pet might benefit from any level of dental care, talk to your veterinarian about scheduling a dental cleaning or exam. The Importance of Dental Cleanings for Pets

Dental problems in pets quickly lead to other health issues if left untreated. In fact, an estimated 80% of dogs and 70% of cats have some degree of periodontal... 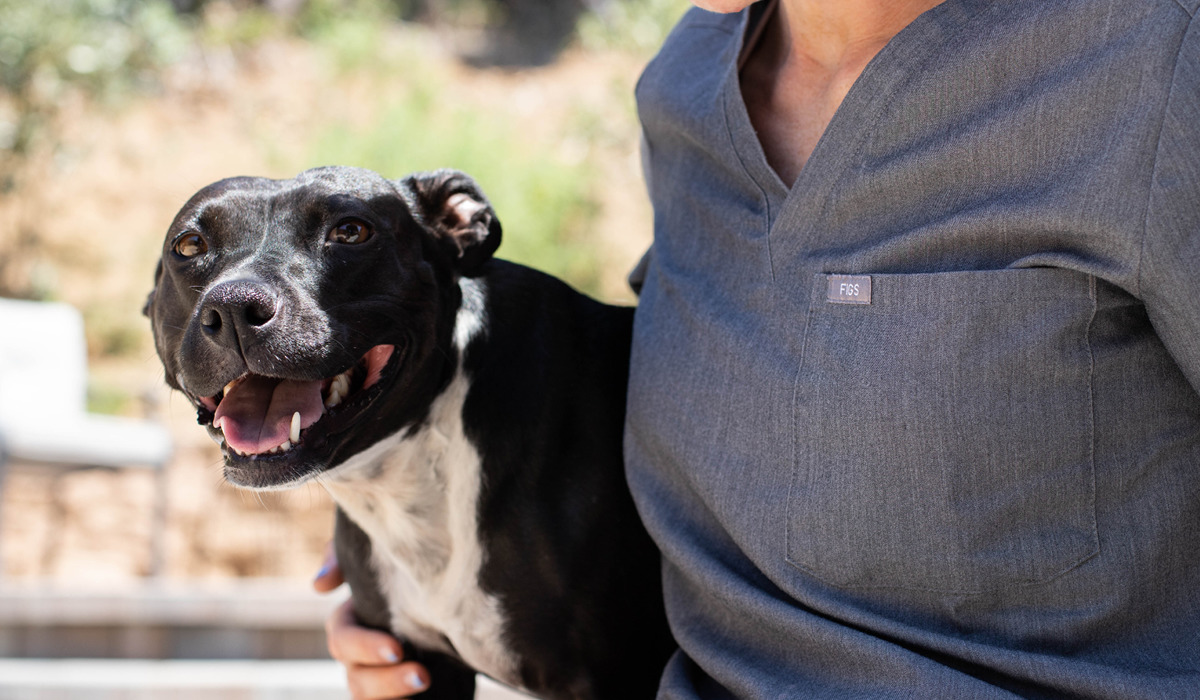 Why Does My Pet Have Bad Breath?