Saturday, September 28th, was International Rabbit Day! To celebrate, we reached out to Alex Strelzik, the office manager at Broward Avian and Exotic Animal Hospital. You might have seen their practice on the National Geographic show, Dr. K’s Exotic Animal ER, or read about them in Veterinary Practice News. We spoke with Alex about rabbit care and some common misconceptions that people have about these adorable creatures.

With over 3 million rabbits in American households, it’s no wonder clinics like Alex’s focus on the health and wellbeing of animals beyond traditional companions like dogs or cats. So, let’s hop down this rabbit hole and find out the truth about what it takes to be a great bunny pet parent.

Rabbits are ‘prey animals’, so they can be sick for a very long time and they won’t show their symptoms until it’s too late,” Alex says.

With prey animals, it’s very hard for us, as humans, to recognize any symptoms of illness. Once symptoms show, rabbits can be much farther along in their illness making it more difficult for veterinarians to treat. Because of their prey characteristics, Alex recommends bringing rabbits in annually for wellness checkups and blood work to catch any illnesses before they threaten your rabbit’s health.

For rabbits older than 5 years, Alex suggests coming in every 6 months.“We do biannual blood work, a biannual dental check, and a biannual physical to ensure that everything is functioning properly,” Alex says. “About three weeks or a month before the rabbit is due for their physical, PetDesk sends out reminders. With those reminders, PetDesk has helped a lot of older rabbits.”

“A lot of people think that getting rabbits for first-time pets are super easy because it’s not a cat or a dog, and they don’t require vaccines,” Alex explains.

While they don’t need to go to a vet as often as a dog or cat would, Alex does recommend annual exams for rabbits unless something is obviously wrong with the patient. Much like with dogs or cats, rabbits require daily care and routine cleaning. If you’re looking for an animal for your child as a starter pet, a rabbit shouldn’t be your automatic choice.

Alex recommends doing plenty of research before deciding on the right pet for your situation.

Myth #3: Rabbits are clean animals that don’t need to be groomed.

If we’re looking at dogs, for example – a beagle’s grooming needs are much different than an Afghan hound. The same is true for rabbits. Some breeds, like the Angora rabbit, have very long fur that needs to be maintained regularly. It’s not uncommon for rabbits to go in for regular grooming sessions, especially because rabbit skin is delicate and can easily be hurt.

Much like cats and dogs, rabbit’s claws can grow to an uncomfortable length. Claws that aren’t correctly cared for can result in difficulties with moving, or getting caught on seemingly harmless objects.

There are also rabbits that may be physically unable to groom themselves properly, requiring assistance from their pet parents. For example, older rabbits with arthritis may have a harder time getting into their litter box and can accidentally soil themselves. Taking rabbits that can’t groom themselves to the groomer will help them maintain a more hygienic lifestyle and avoid diseases.

Myth #4: Rabbits don’t bring in fleas or parasites like other pets do.

If you currently live in a flea-free home and never let your pet rabbit outside, chances are slim that you will bring fleas into your apartment.

However, rabbits can contract parasites like fleas, ticks, or roundworms just like a dog or cat would. If you are considering taking your rabbit out for walks or letting them play in the yard, they have the same odds of contracting parasites as dogs or cats would.

As a preventative measure, brush and groom your rabbit regularly and monitor their fur and skin for any parasite after venturing outdoors.

Myth #5: Shelters don’t have many rabbits up for adoption.

“Because people don’t realize that rabbits do require a lot of care, they get them on a whim,” Alex says. “Every rabbit rescue within 20 miles of our hospital – and there are 4 or 5 of them off the top of my head – are full to the brim.”

Often times, people purchase rabbits as gifts for special occasions like Easter, not realizing the time commitment that goes into becoming a good rabbit pet parent. “They’re purchased, and then they have nowhere to go,” Alex says. “It’s actually quite common that they just open the door and they’re just….let out.”

Many rescues want to prevent unfortunate situations like this from happening. Pet parents can also do their part to help the rabbit population stay manageable, and ensure that all rabbits go to good homes.

Myth #6: Rabbits don’t need to be spayed or neutered if they’re in a single-rabbit home.

There are a few reasons as to why rabbits may need to be spayed or neutered. Similar to cats and dogs, spaying or neutering can help calm down rabbits with aggression and other behavioral issues.

Alex mentions that rabbits are “very prone to uterine cancer at a very young age.” This condition can become a major issue that may require very young rabbits to have an emergency spay procedure done to prevent the spread of the disease.

“It can be extremely fatal and fast,” Alex says. “Many people don’t think to bring in their pets to the vet when they’re healthy – they only bring them in when they’re sick.” Because of the lack of visible symptoms within prey creatures, this makes the need for preventative care that much more urgent.

To Sum it All Up

If you’re considering adopting a rabbit for your family, be sure to do ample research beforehand about rabbits and what they need to have a comfortable and long life. If you’re looking for veterinary clinics near you that specialize in exotic animals, like the Broward Avian & Exotic Animal Hospital, you can find one and schedule an appointment using the PetDesk app. Download it for free on the Google Play Store and Apple App store. 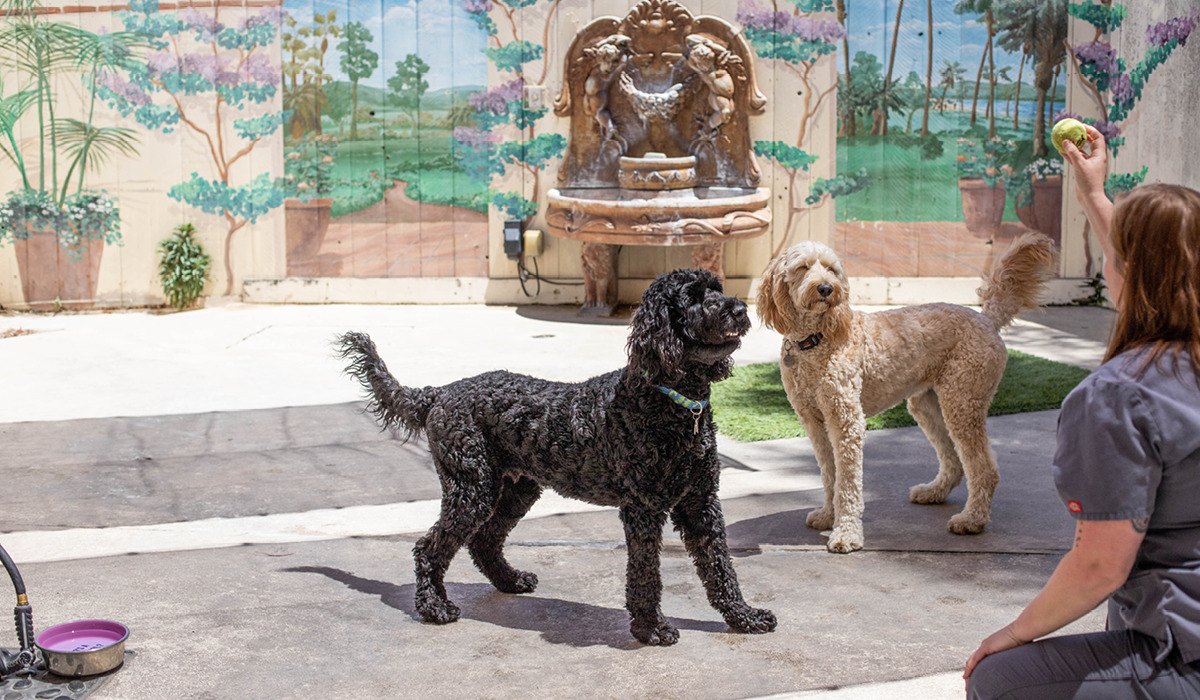 How to Pick a Good Boarding Facility for Your Pet

Researching a good boarding facility for your pet can be overwhelming, so here are five important points to consider when choosing a reputable business. 1. They Have Insurance and...

Are You Ready for a Pet? Why Your Pet’s Gut Health Is So Important